India is Xiaomi’s most important foreign market, and with the importance the company places on this country, one can even argue that the country gets a certain priority greater than even China, especially in the budget segment. The Xiaomi Redmi Note 7 series has been one of the best-selling products in its segment in the country, and the Redmi Note series to date has sold over a 100 Million devices globally. And now, Xiaomi is looking to continue the streak with its latest offerings. Meet the new Redmi Note 8 and Redmi Note 8 Pro by Xiaomi, launched in India alongside MIUI 11. 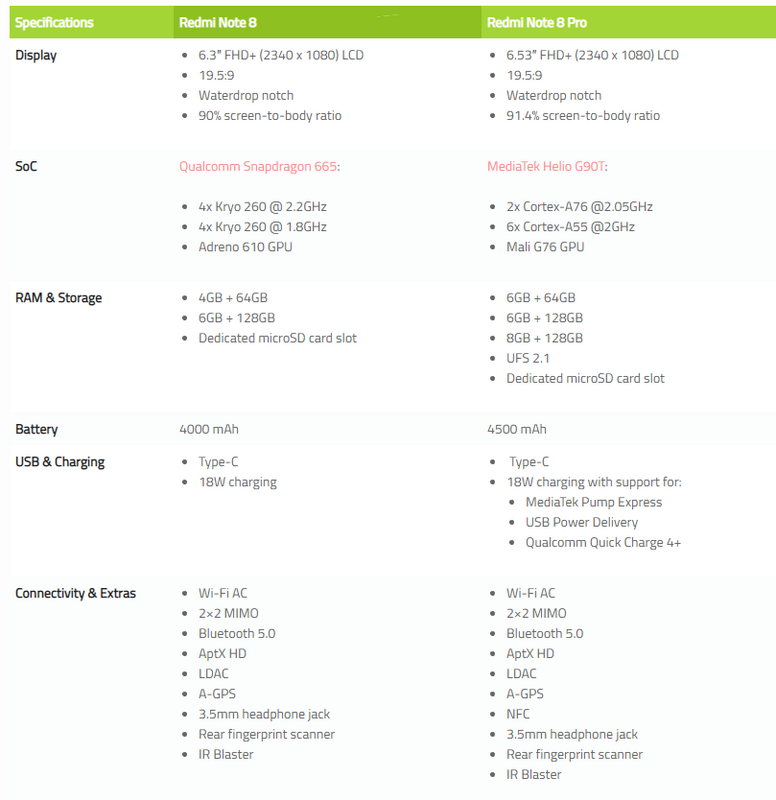 The Xiaomi Redmi Note 7 Pro was one of Xiaomi’s better executions in the device lineup, which is a very high-bar considering how good the rest of the lineup has also been. With the Xiaomi Redmi Note 8 Pro, the company is switching over from the trusty Qualcomm mid-range SoCs over to the new gaming-oriented MediaTek Helio G90T SoC. It remains to be seen how good the SoC actually is, and how customers respond to this change. The Redmi Note 8 Pro also makes the jump to UFS 2.1 for storage, which should make a good deal of difference in daily usage on this mid-range device. Further, the Indian variant also gets a dedicated microSD card slot with support for up to 512GB cards. In terms of RAM, the Redmi Note 8 Pro gets at least 6GB LPDDR4X RAM with a 2133MHz frequency to ensure fast-paced gaming. 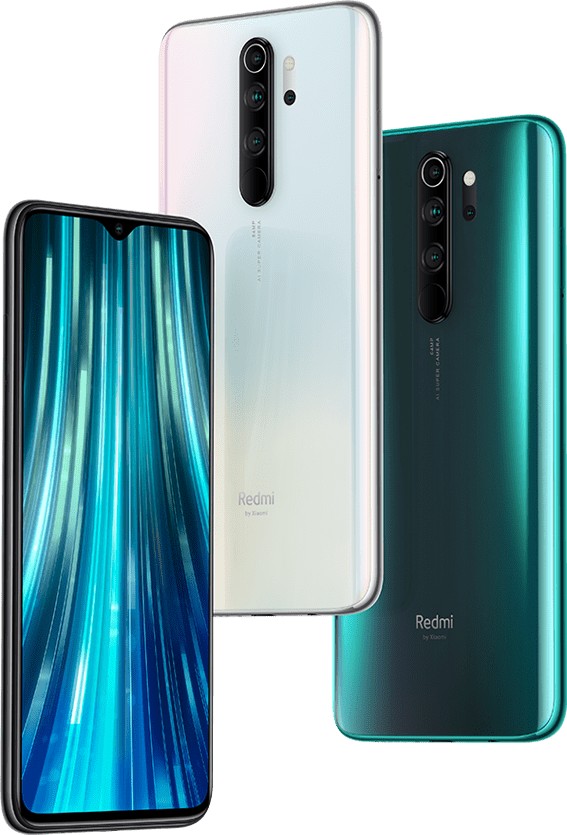 Other than the SoC, the Redmi Note 8 Pro also features a small deviation in the design language from its predecessor, featuring 3D curved Corning Gorilla Glass 5 on the back to give it a better feel in hand. We also witness smaller bezels all around the phone, though there is no pop-up camera to be had. To compensate, you do get an upgraded 20MP shooter on the front waterdrop notch. The smartphone gets an IP52 rating for protection from dust and water splashes along with P2i coating on the back. The Redmi Note 8 Pro will be available in Gamma Green, Halo White, and Shadow Black color variants in India. 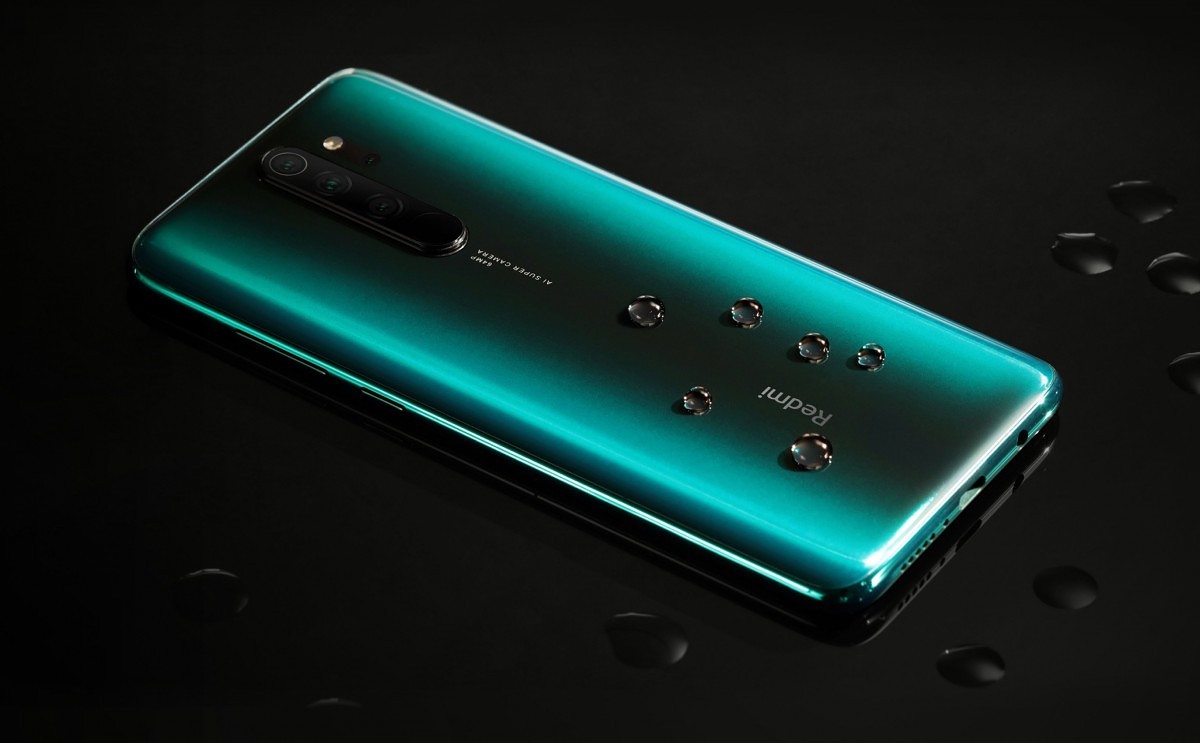 On the back though, things do get a bit more interesting. The Redmi Note 8 Pro is the first Xiaomi device in India to come with a 64MP rear camera setup, present alongside three additional sensors. The 64MP Samsung ISOCELL GW1 sensor utilizes pixel binning technology for brighter and sharper images and is also able to produce images at full 64MP if you need to focus on details. Wide-angle duties are handled by an 8MP shooter, complemented by a 2MP dedicated camera for macro shots and a dedicated 2MP depth sensor.

The Redmi Note 8 Pro also ends up retaining several features that have contributed to the popularity of the lineup, such as the 3.5mm headphone jack, and the IR blaster. The Redmi Note 7 Pro made the jump over to USB Type-C, and the Redmi Note 8 Pro continues on with the same, but adding on support for fast charging protocols such as USB Power Delivery, MediaTek Pump Express and Qualcomm Quick Charge 4+ and Quick Charge 3.0 (yes, on a MediaTek device). These quick charging solutions will complement the 4,500 mAh battery very well. Overall, one can see why the Redmi Note lineup manages to retain its popularity among the Indian masses. Xiaomi will be supplying an 18W charger within the box.

The Redmi Note 8 Pro was launched in China with MIUI 10 on top of Android Pie. Since the Indian launch comes after the release of MIUI 11, Xiaomi is also promising the update to its Indian users. The MIUI update for Redmi Note 8 Pro is scheduled to start in December. Xiaomi has also previously released the kernel sources for the Redmi Note 8 Pro. 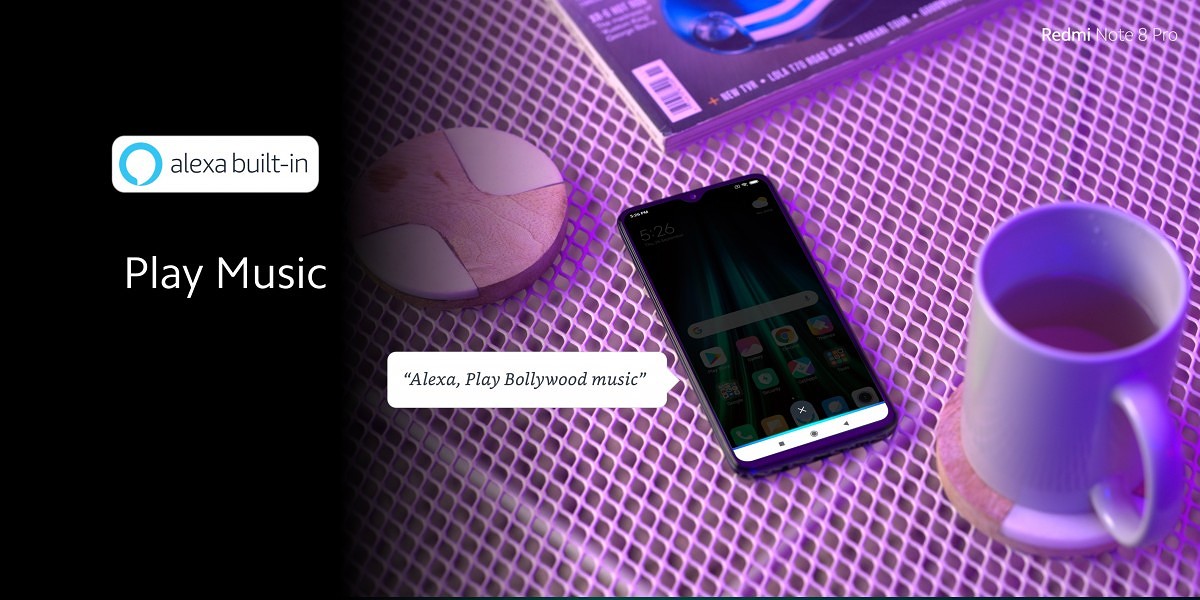 In India, Redmi is adding Alexa integration on the Redmi Note 8 Pro and you can use it alongside any other voice assistant. So, we presume that the Note 8 Pro’s ability to hail Alexa will not conflict with Google Assistant that comes as part of Android. Interestingly, besides using the standard tasks that Alexa can perform, it can also be used to control Mi TVs via the Mi Remote app. When you ask Alexa to change a channel or play anything on the Mi TV, the Alexa app communicated with the Mi Remote app and the command is conveyed to the Mi TV by the means of the IR blaster.

While the Redmi Note 8 Pro takes a few bold steps forward, the Redmi Note 8 sticks to more familiar and safe territory. The device is powered by the Qualcomm Snapdragon 665 SoC, which can be seen as an improvement over the Snapdragon 660 present on the Redmi Note 7 in India. The biggest point of difference between the two SoCs will be the adoption of an 11nm FinFET process against the 14nm process on the outgoing SoC, which should provide for better power efficiency. The next set of improvements is likely to be on the AI performance and a slight improvement on the GPU, but all of these are specific to the SoC and may or may not necessarily translate into perceivable gains when presented on a phone. The smartphone gets up to 6GB of LPDDR4x RAM. 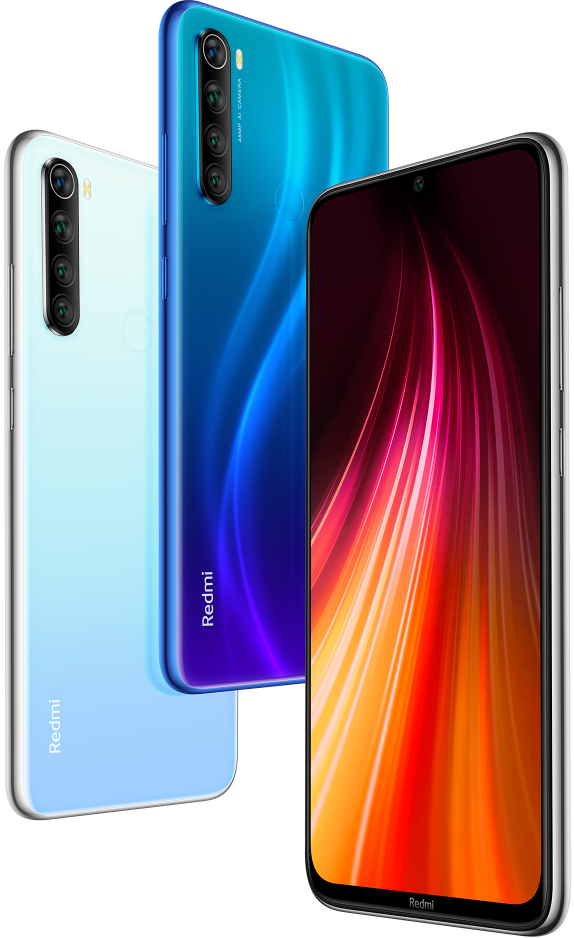 The Xiaomi Redmi Note 8 is also immediately recognizable as a successor to the Redmi Note 7 / 7 Pro, especially looking at its design. The phone does have the Redmi branding on the front chin – we aren’t huge fans of the same since there is a branding logo on the back too. The phone comes in Neptune Blue, Moonlight White, Space Black, and Cosmic Purple – the last of which is exclusive to India for now.

In terms of storage, the Redmi Note 8 gets up to 128GB of inbuilt storage which can be further expanded up to an additional 512GB using the dedicated microSD card slot.

The 18W fast charging support to beef up the 4,000mAh battery is complemented by an 18W charging brick inside the box.

The Xiaomi Redmi Note 8 shares software features with the Pro and the rest of Xiaomi’s MIUI device ecosystem. Xiaomi has previously also released kernel sources for the Redmi Note 8.