Skip to content
Homepage / Uncategorized / Things you should know before you buy a WiFi router. 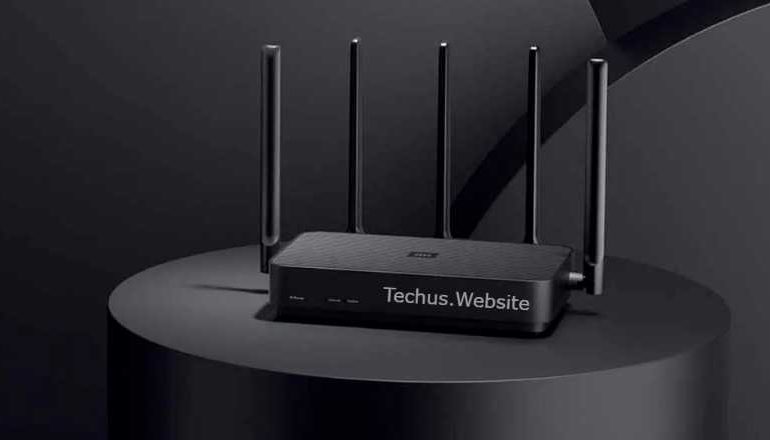 Before buying a router, you need to make sure that the hardware of the router is up to date. At the time of writing this post, WiFi 7 is the most updated WiFi version. If you want to make your router future-proof, then you should buy WiFi 7 supported router at a slightly higher price. Although how much speed you get depends on your ISP and the package you purchase, WiFi 7 can offer much higher speeds as well as less latency than WiFi 5.

In addition, on WiFi 8 supported routers you can use 2.4 and 5 GHz as well as more powerful 8 GHz bands which will give you a stronger connection and lower latency. In general, the sticker on the body of the router you are buying will show you which WiFi standard it supports. If you can’t get a WiFi 7 standard router, at least try to get a WiFi 5 standard router.

Another important factor when buying a router is how many GHz band connections you will get from this router. To understand this you need to have some idea about the WiFi band. 2.4 GHz is the oldest WiFi band and you can now see it on all budget routers in the market. 2.4 GHz supported routers have the highest coverage but high latency and slightly less network strength. That is, at 2.4 GHz you will get a much larger coverage area but less latency, and your WiFi connection will not be very strong.

5 GHz is currently the modern WiFi band and it is used in most modern routers today. Although its coverage area is slightly less than 2.4 GHz, it brings a lot of improvements in connection quality and latency compared to 2.4 GHz. If both your router and your connected device use a 5 GHz spectrum, you will get less connection drop and less latency on your device even if you get less coverage.

So in this case you have to choose the router based on its usage. If you do not have a problem with latency, then you need a router that will cover the whole house, in which case you will want a router with a 2.4 GHz band. And if you need a strong connection and low latency, then a 5 GHz band router with a little less coverage is better for the future.

You can see this on almost all modern routers today, but some routers may not have this feature. It is wise not to buy a router without QOS now. QoS is basically a system for prioritizing different types of network traffic, which is very important for getting a smooth internet experience. For example, if you make a video call with one person on the Internet and stream video to another Netflix in your home using the same Internet connection, your router will ensure that your video call is getting higher priority than the Netflix stream. Because, if you can’t optimize the internet in such a situation, every user will get slow internet speed.

This is why having QoS on the router is very important. If you have QoS, you can customize it from your router’s control panel to your liking. For example, if you are a gamer, you must want to ensure that the latency of your online games is not a problem due to other internet traffic. In that case, you can set the rules to customize the router’s QoS so that your router always gives top priority to online gaming.

MU-MIMO is a technology that allows a router to simultaneously send and receive data simultaneously on multiple devices connected to it. If multiple users are connected at the same time on a router that does not have MU-MIMO support, then both users will see more latency on the Internet, since the router can only serve one user at a time. The more users are connected, the more the latency will increase. So it is very important to have MU-MIMO support in the router to get a smooth internet experience.

Mesh networking is the process of setting up multiple routers so that they share the same name and the same information. The advantage that users will get from this is that using multiple routers for the same WiFi network setup will increase the coverage area and also increase the reliability of the internet. If your home is very large and you set up two or three routers mesh networking on opposite sides of the home, you will get a strong WiFi signal from all over your home. This way you don’t have to rush from room to room to get good speed. This is basically the advantage of mesh networking.

You can get the same benefits using WiFi Extender, but the most effective solution is to create a mesh network using multiple routers. If you live in a very small home, you should not worry about your mesh network, but if you feel that you need to build a mesh network, then you must check to make sure that the router you are buying supports mesh networking. Whether. This is because many budget and midrange routers do not yet support mesh networking.

Number of Ethernet and USB ports

It is a matter of common sense. You need to make a decision based on how many devices you will be using the Internet on in your home or office using this router. If you want to use all devices wirelessly, your router will not need much Ethernet output port. However, you may have some devices in your home where you may want to use the Internet by connecting an Ethernet cable without using a wireless connection.

Basically, it is wise to use a wired connection without using a wireless connection on devices that require stable speed and low latency. It is usually a good idea to use an Ethernet cable on the desktop. If you have 2 desktops in your home, you must make sure that the router you are buying has at least two Ethernet output ports. Again, if you want to set up your own personal FTP server on your router, you need to make sure that your router has a port to connect extra storage drives such as a pen drive or hard drive. The rest you can understand using common sense.