AoE II: Definitive Edition is a game that stays true to its roots and that is both good and bad. If you are expecting a completely new game, then you will be disappointed. If you already have the HD Edition, and are apathetic towards the series in general, then you might want to give it a skip as well. However, if you are a huge fan of the series or haven’t got the chance to play this gem of a game yet, then the Definitive Edition is the version to buy. No doubt about that.

The game is currently available for pre-order on Steam of Rs 529 and will be available from November 14.

Age of Empires II is considered to be one of the finest Real-Time Strategy (RTS) games ever made. It is right up there with Warcraft III, Command & Conquer: Red Alert 2, and the like, which made the late 90s and early 2000s a golden period for the genre. The popularity of RTS games has since dwindled under the onslaught of FPS and MOBA games over the past decade. But there are some who still clamour for a good RTS.

The AoE series fascinated me as a child, especially Age of Empires II: The Conquerors. It was one of the first games I ever played in multiplayer, and the HD Edition is one of the few games I still play online on Steam ever since I made the switch to consoles. (PC Master racists can deal with it). So when Microsoft announced a Definitive Edition of the game, I was quite happy. Not as happy as when Age of Empires IV will finally arrive, but quite happy nonetheless.

AoE II: Definitive Edition adds a fresh coat of paint as well as a number of new features and additions such as Quality of Life updates, UI changes as well as four new civilizations and new campaigns. As such, there are a bunch of new things that aim to entice both new and old players. 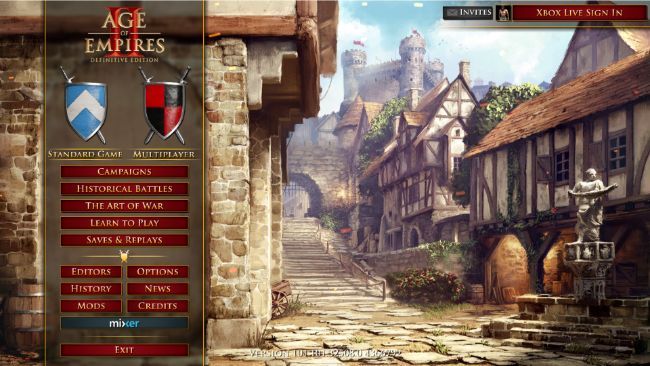 Let’s start with the big change. AoE II: Definitive Edition now offers 4K graphics along with better animations for all units. Everything looks and feels just like AoE of old, but… better. It also brings the ability to zoom in, so you can take a better look at the details on the buildings. The team at Forgotten Empires (who also worked on the HD remaster) have done a very good job of bringing the 20+ year old game to the modern era while still keeping the purists happy. 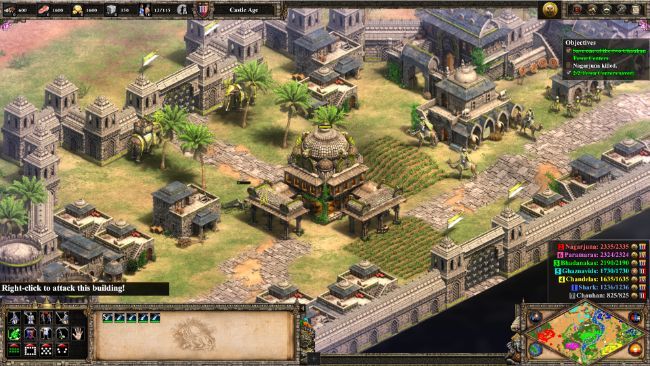 The most notable new addition to AoE: Definitive Edition are the destruction animations. Now, when a building or structure is destroyed, it doesn’t suddenly turn into a pile of rubble. You now get a proper animation of all the bricks and support structures collapsing into a pile of rubble. This is especially captivating when you destroy some of the larger buildings such as castles or wonders. 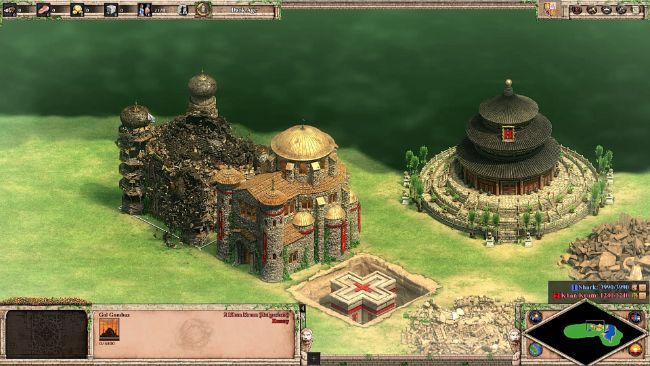 What’s new are the quality of life changes that you get with the game. Players of the older games will remember how frustrating it was to come back to your Town Center to see your villagers idly twiddling their thumbs because the reseeding queue at the mill had finished. Now though, you can choose the auto-reseed button and the famers will do that for you. The same is true for fishing boats and fish traps they build.

There have also been some UI changes. The all important ‘idle villager’ button is now located on the top, right next to the resource counter. Speaking of the resource counter, there is a now a little number below each resource, that lets you know how many villagers are out gathering it. The many buttons that used to be around the map have also been reduced. Further, giving commands to an AI teammate is now easier since they now respond to more of them. Further, the ‘Chat’ option now has a specific section dedicated to AI commands.